"The Call...It's Coming From Inside The House!"

Some very tried and true TV writing conventions involving phones, faxes, and answering machines have become very tired and untrue, or just have run their course. Let's review, shall we? 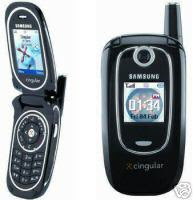 Most people carry a cell phone these days, so the "We can't reach them." or "We aren't able to call for help." complication always seems a little convenient. Most often it's solved with 'No Service' on the call display or whoever is trying to be reached is 'Out Of Range', but both are feeling more and more like a cheat or a cop out. Oh yes, and when the battery is dead or dies all of a sudden...unless the character's been on the cell all movie and using up the juice. 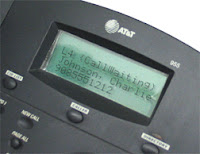 And speaking of call display, for ages you could have a character pick up the phone and get startled by a surprise caller. You know, like when they gasp and drop the phone...or turn away and quietly hiss: "I told you never to call me here!" Nowadays, audiences pretty much presume characters will have call display (at least on their cell phones), and should expect them to check who is calling. But rigging and shooting a small LED screen to see just a name or a number or even Unknown Caller is a bit of a deal...and not quite as dramatic. Especially if the character is like me and usually just ignores it after seeing who it is. 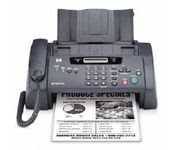 These days, most documents, pictures, photos, etc. are sent via email with attachments. However we've all seen the threatening note or incriminating evidence or document show up by fax. Who even sends faxes anymore? But for the old schoolers, it's more 'dramatic' for the document to slowly spool out for a character (and viewer) to see than some mouse clicks while staring at a computer screen. Not to mention its also a bit of a deal to rig and program a computer to perform said actions on cue - the fax machine gag is relatively easy. 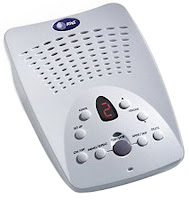 Answering machines. Now this one's a biggie. I mean, my mom still has a 'push the Play button' model that creaks and whrrrs and needs a cassette tape, but EVERYONE else I know has Message Manager or Talkmail or some variation thereof. This makes the plot device of leaving the warning like "Pick up, Laura. Pick up! Well, I hope you get this message...the killers your husband!" (for the killer to hear and/or erase), or the exposition message where the audience gets to hear the crucial information (either as it's recorded or when its played back) a lot more difficult to execute with voicemail. Especially since not just anybody (a friend, the detective, the killer) can access and play back a voicemail.


I've been involved with two rewrites recently that included answering machines and faxes, plus no one in either script had a cell phone. Now I acknowledge these were rewrites of movies that have been in development for many many years, or are based on books written years ago, but regardless, they aren't period pieces. They're supposed to be set in the present. But if an entire plot turns on someone hearing a message or not able to be reached by phone...what to do, what to do?

It makes writing plot a little more tricky, but the revolution must start now.


Any other examples of communicating 'tried and trues' that have to go or are no more?


SONG&ARTIST? - "I liked to go to work but they shut it down
Got a right to go work but there's no work here to be found
Yes and they say we're gonna have to pay what's owed
We're gonna have to reap from some seed that's been sowed
And the birds up on the wires and the telegraph poles
They can always fly away from this rain and this cold
You can hear them singing out their telegraph code
All the way down the telegraph road."
Posted by wcdixon at 12:11 a.m.
Labels: craft, making television, screenplay, technorati, writing

Trust me, when you spend your day trying to get hold of someone by phone (ehum - FIVE different numbers), fax and email, and they are unreachable, you believe you're either trying to chanel God, or somebody's going out of their way to make you see how important they are.

You leave a message. IF you get caller service...

Well, one could always make "tends to misplace his cell phone" a character trait :)

It's odd how our Hollywood/stardom/bling-bling obsessed culture is coming up with less and less cinematic ways of communicating.

E-mail was bad. Couldn't glide over beautiful handwriting anymore. Instant messaging was bad and having the characters speak what they type makes me cringe. And now we've got text messaging and Twitter and Web 2.0 and so on. It just gets worse with every passing day.

Where would The Usual Suspects be without the final fax machine reveal? Or the movies where the vital fax comes through and either nobody notices or the paper curls up and falls under the table?

See in that case I would buy it no problem. Police stations don't have the latest equipment. And the need to type, and sign, etc...

There's always some poor beleaugured P.A. who has to fax stuff, so if they're doing it, we're doing it!

I hear you, Heart of Darkness!
Nine phone messages, 6 emails and 3 faxes to the same person in the past 7 weeks, and when I finally get them live on the phone they're like "And you are....?"

My time is important too, and I don't like playing these power games with people.

I like Elver's overview of the changes of 'text' in film/TV.

Speak what they type...crinnnge and "shudder"...

Then decided the whole idea of showing the character's dissatisfaction with her life at this moment by showing her having applied for a job was kind of hack.

In terms of stuff that is getting out of date fast, how about this dialogue nugget: the phrase "Good times", whether it is being used in an ironic sense or not.

Still ok if you're talking about '70's' sitcoms.

wcdixon
Will Dixon has been a tv industry hyphenate for twenty years - directing, writing, and producing a little bit of everything everywhere from Toronto to Los Angeles. Selected credits include 'Are You Afraid of the Dark?', 'Psi Factor: Chronicles of the Paranormal', 'The Outer Limits', 'Earth Final Conflict', 'Renegadepress.com', and 'Guitarman - the movie'. More recently Will has crossed over to the other side and is firmly ensconced as a Canadian television network executive. Please don't hold that against him.